What is Mobile Solar Light Tower?

This is basically a portable energy source where the power used of a light tower is derived from solar panels. These panels can be moved from one place to another and they are mounted on wheeled vehicles of a portable light tower. The solar panels are considered one of the most energy-efficient sources of power that can help to illuminate roads, airports and other such places. They can work exceedingly well with LED lighting systems. Hence, it would not be out of place to mention here that they are considered to be a path-breaking technology as far as modern-day mobile lighting tower systems are concerned.

Since solar light power is a renewable and portable source because of modern day portable technologies, it has a number of uses and applications. The places where mobile solar light towers can be used is restricted and limited only by one’s imagination. However, for the sake of information we are sharing some of the areas where these smart and renewable energy sources can be used quite efficiently.

There is no doubt that roads, highways and other such places are one of the most important areas where lighting systems are required. While traditionally power or electricity sourced from conventional forms was used, today, mobile solar light power is becoming quite popular. If you look around and do some research, you will come across hundreds of places where the brightest of LED lighting systems.

Government as well private firms and enterprises are into regular construction activities. Many construction projects run for months and years and the workers have to be at it day and night. In such situations there is need to have satisfactory lighting systems round the clock. Conventional sources of power may not be able to reach far flung places. In such situations, there is no doubt that lighting from solar powered panels could be a big boon. We come across scores of construction sites where portable light towers are used. Since these places require cost and energy efficient lighting arrangements, LED lights are installed and they draw their power from these mobile solar light towers.

These are high cost, long drawn construction activities where again there is a continuous requirement of cheap and reliable power. This again is an area where solar light power could be the right option. They illuminate large areas because the panels are located on mobile vehicles that are connected to the LED and other forms of lighting systems.

How Does Solar Powered Panel Work

Solar cells are the backbone for generating power using sun rays. When photons are directed at a solar cell that forms part of solar panel, they have a tendency to knock electrons from their atoms. When you have conductors attached to the positive and negative areas of a solar cell, you have what is known as electrical circuit. Electrons flow through this circuit and this is what generated electricity. You have multiple cells making a solar panel. These panels are light and they can be fixed atop a vehicle and moved around. The electricity that is generated from the solar panels is powerful enough to light LED lamps and other sources of power. It can also be used to run other electrical appliances both in private homes, offices and commercial spaces.

Why Using this Alternative Energy

As the demand for energy goes up, it is quite natural for many of us to find out alternate sources of energy. Solar energy, windmill energy, and energy from bio-fuels are a few examples of alternative sources of energy. Many cars are also running on batteries thereby doing away with the need for using gasoline which is becoming a rapidly depleting source of energy. There is little doubt that solar energy is perhaps the most commonly used conventional and renewable source of energy, followed by windmill energy. Today, solar energy is moving beyond the comfort of homes and it is making its presence felt in community lighting quite aggressively.

Advantages and Disadvantages of Solar Powered Lighting on Mobile Tower

Now that we have a reasonably good idea about these mobile lighting towers using solar panels, let us look at the pros and cons of this form of lighting.

Quality portable solar light towers are easy to install and they can generate 45 kW of power. They are easy to move around and the solar panels are light and easily maneuverable when compared to diesel gensets that are attached to the trailer of a vehicle.

They are extremely energy efficient. A few fully charged solar panels will be able to light dozens of LED lighting systems be able to illuminate even the remotest of areas quite well. They are cost effective from the long-term perspective. The energy costs of solar power are almost zero because the power is generated from the sunlight.

The capital expenditure might be a bit high compared to conventional energy sources, but the recurring cost is extremely negligible to say the least.

Mobility is one of the biggest advantages of these mobile solar light towers. Once the work is complete the entire unit can be moved to some other destination within a short period of time.

However, it would be wrong to say that there are no downsides as far as these mobile solar light towers are concerned. Here are some drawbacks.

The cost of solar panels, solar cells and other infrastructure is quite high and even unaffordable for small players.

The energy that is obtained is directly dependent on sunlight. If the weather is cloudy or during winter months, getting regular power supply of solar light power could be a big challenge. Even a day’s blackout because of inclement weather could prove costly for the end users.

In fine, there is no doubt that the advantages of mobile solar light power are much more compared to the downsides. It certainly is here to stay and the growth of this segment will be quite impressive to say the least. 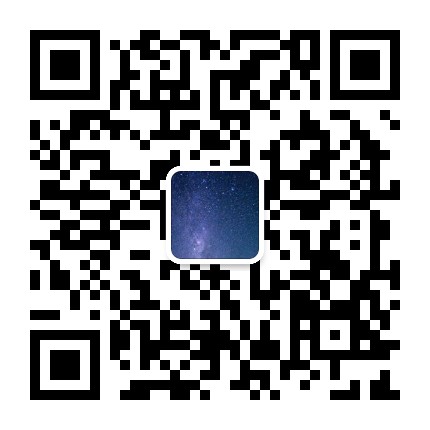